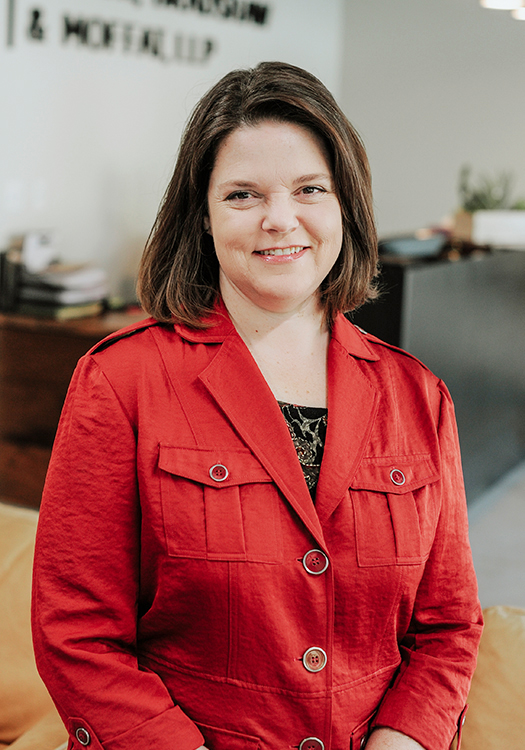 Ann Marie (“Annie”) Taliaferro has practiced with Brown, Bradshaw & Moffat since graduating from law school in 2000 and became a partner/shareholder in July of 2015. She specializes in criminal defense trial work, criminal appeals, post-conviction advocacy, and some civil rights litigation.

As a member of the Utah State Bar, Annie is licensed to practice before all Utah state and federal courts. She is also licensed to practice before the Tenth Circuit Court of Appeals.
Annie is a frequent presenter on issues relating to all aspects of criminal defense and has published articles in the Utah Journal of Criminal Law, the Utah Bar Journal, and the Utah Law Review. Among other committees, Annie has previously served on the Utah Supreme Court Advisory Committee on the Rules of Appellate Procedure, the Tenth Circuit Court of Appeals CJA Standing Committee, the Utah Supreme Court and Judicial Council Task Force on Justice Court Reform, and the Rocky Mountain Innocence Center Case Oversight Committee.  Ann is a current member of the Utah Appellate Judicial Nominating Commission, the Utah County Conviction Integrity Unit, the Utah Supreme Court Standing Committee on Appellate Representation, the Tenth Circuit Court of Appeals CJA Appellate Panel, the Utah Association of Criminal Defense Lawyers, and the National Association of Criminal Defense Lawyers.

Before attending law school, Annie was a high school teacher and coach. She received her Juris Doctorate from S.J. Quinney College of Law at the University of Utah and was a William H. Leary Scholar.

While in law school, she served as a staff writer and Note & Comment editor of the Utah Law Review. In college, she completed a summer internship at the Supreme Court of the United States, Office of the Curator.

Utah Business Magazine named Ann an “Up and Coming Legal Elite” in 2009 and 2010, and she was also designated a “Mountain States Rising Star” in 2009 and 2010 by Super Lawyers. She received a Distinguished Service Award from the Utah Association of Criminal Defense Lawyers in 2013 and offers her services as a mentor for the Utah State Bar’s New Lawyer Training Program